Pieter Pieterszoon Heyn (November 25, 1577 – June 18, 1629) was a Dutch naval officer and folk hero during the Eighty Years’ War between the United Provinces and Spain.

In 1628, Admiral Heyn, with Witte de With as his flag captain, sailed out to capture a Spanish treasure fleet loaded with silver from their American colonies and the Philippines. With him was Admiral Hendrick Lonck and he was later joined by a squadron of Vice-Admiral Joost Banckert, as well as by the pirate Moses Cohen Henriques. Part of the Spanish fleet in Venezuela had been warned because a Dutch cabin boy had lost his way on Blanquilla and was captured, betraying the plan, but the other half from Mexico continued its voyage, unaware of the threat. Sixteen Spanish ships were intercepted; one galleon was taken after a surprise encounter during the night, nine smaller merchants were talked into a surrender; two small ships were taken at sea fleeing, four fleeing galleons were trapped on the Cuban coast in the Bay of Matanzas.

After some musket volleys from Dutch sloops their crews surrendered also and Heyn captured 11,509,524 guilders of booty in gold, silver, and other expensive trade goods, as indigo and cochineal, without any bloodshed. The Dutch didn’t take prisoners: they gave the Spanish crews ample supplies for a march to Havana. The released were surprised to hear the admiral personally giving them directions in fluent Spanish; Heyn after all was well acquainted with the region as he had been confined to it during his internment after 1603. The treasure was the company’s greatest victory in the Caribbean.

The coin is made after a medal commemorating Admiral Piet Heyn (1578-1629) and the capture of the Spanish silver fleet off Matanzas, 1628.
The front of the coins shows the bust of Admiral Heyn in armour, lace ruff and chain. The text ‘PET PETRI HEINIVS FOED BELG ORD ARCHITHALASS’ means: Piet Pieterson Heyn, Admiral of the United Provinces.
On the back side a 3D view of the naval action. The text ‘HEINIAD NVP SENSIT SPOLIATA MATANCA’ means literally: Matanzas, plundered lately, felt the might of the race of Heyn. 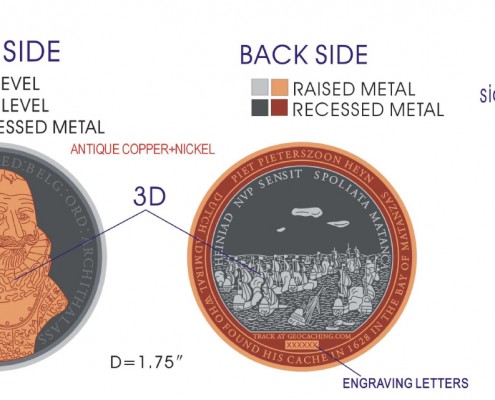 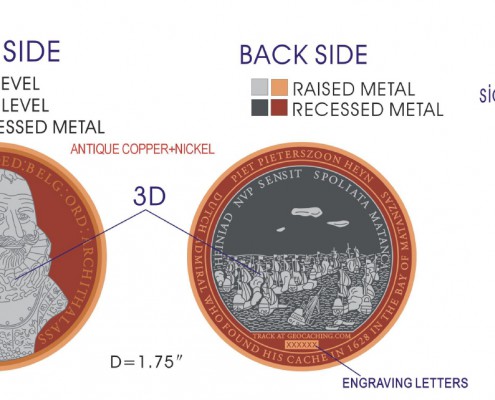 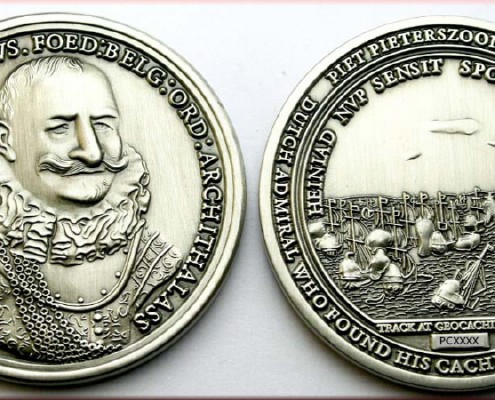 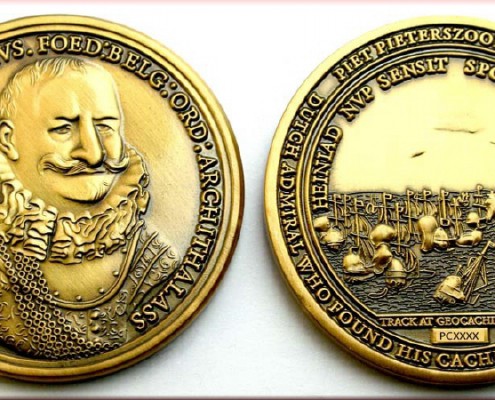 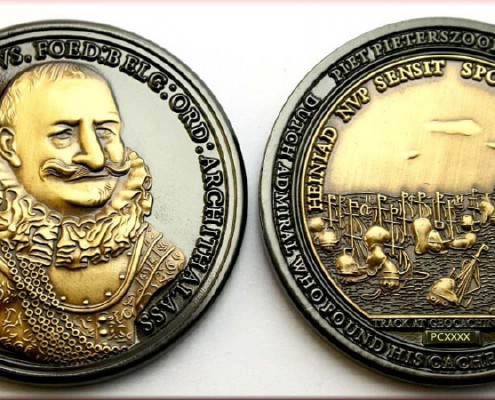 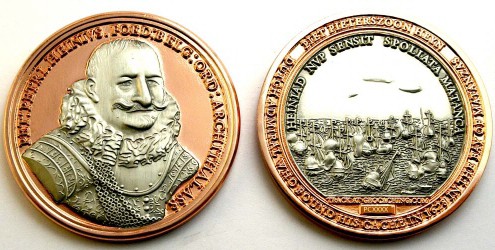 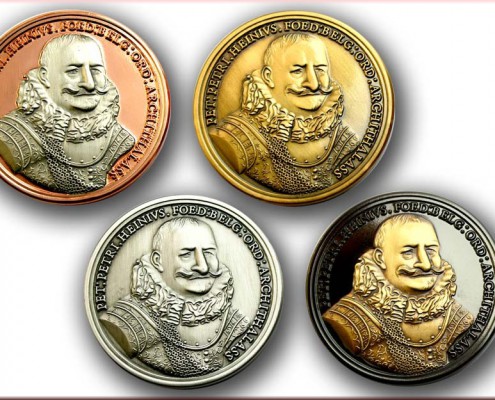