The Frisia Geocoin is made after an old Dutch coin, a silver florin of Frisia, minted in the city of Leeuwarden in 1684. Frisia was one of the 7 provences of the Republic of the Seven United Netherlands. In 1579 these northern provences of the Netherlands signed the Union of Utrecht, in which they promised to support each other in their defence against the Spanish army. This was followed in 1581 by the Act of Abjuration, the declaration of independence of the provinces from Philip II of Spain. This coin was introduced in Frisia (a region in the Northern Netherlands) in 1601 as a response to changing coin weights in the southern Netherlands.

The man on the front of the coin is an unknown Frisian nobleman, with on his head a ‘klapmuts’ or in english – badly translated – a fliphat. The latin text ‘Nisi Dominvs Nobiscvm’ means ‘Unless the Lord is with us’. The text ’28 st’ means 28 stuivers, the actual value of this Frisian florin. The two little ‘Pompeblêden’ (leaves of a water lily) is a little reference to the current Dutch provence Friesland.
On the back of the coin the arms of Frisia is minted. The latin text ‘Florenvs Argent Ordi Frisia’ means ‘Silver Florin of Frisia’. 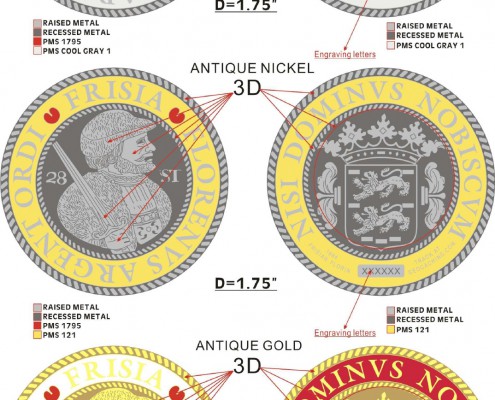 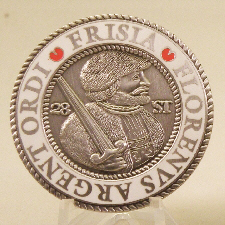 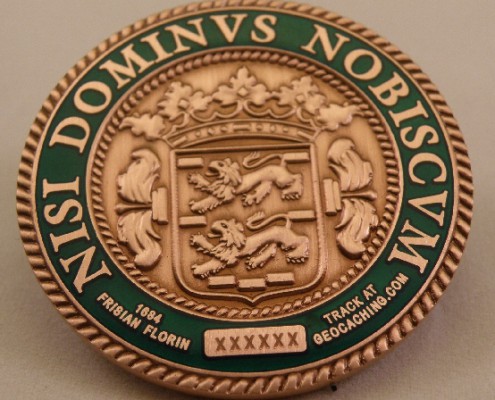 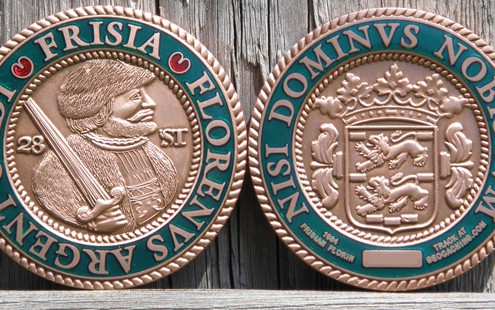 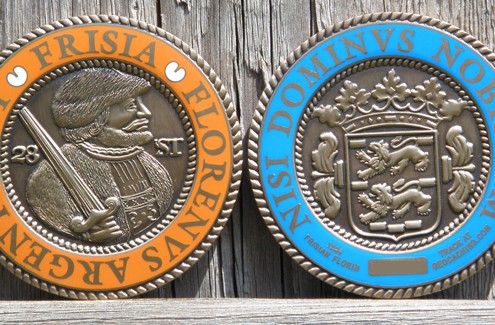 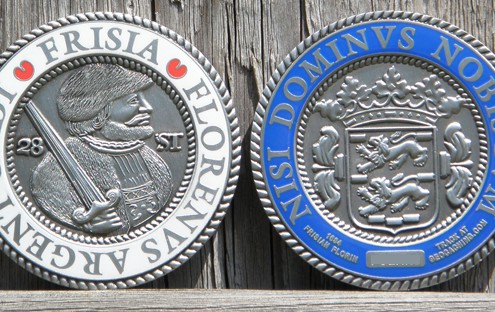 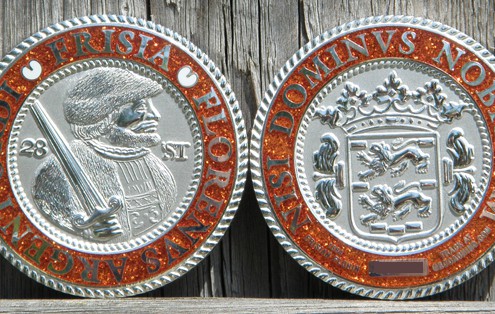 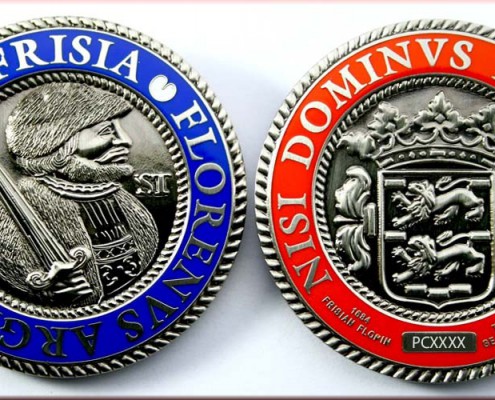 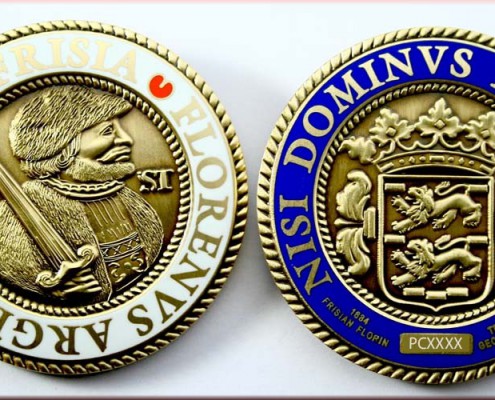 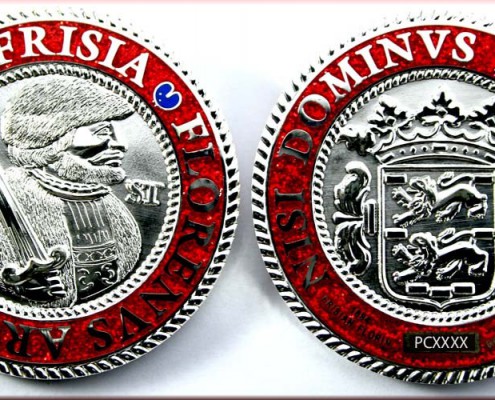 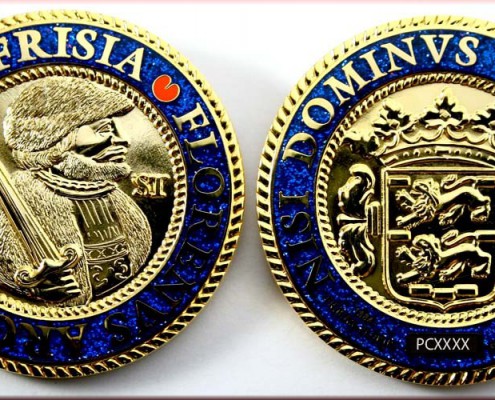 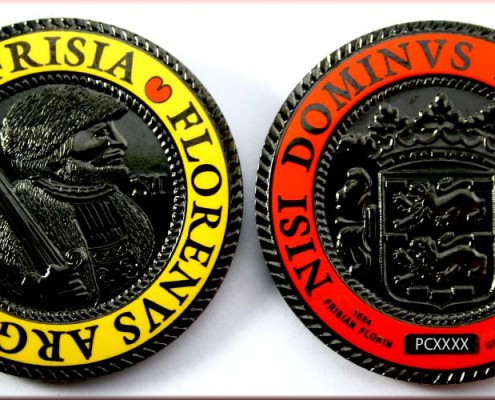