A rider (rijder) was the name of an old Dutch currency. It was made in silver or gold. It was named after the horseman on the coin (rider, of in dutch: rijder).

The Dutch Rider Geocoin is designed after a 1754 Dutch coin called the Rijder (Rider), a monetary coin that was made in silver or in gold. The front is an exact copy of the 1754 Dutch coin. The image of the horseman was already used in the century before. The latin motto ‘Mo No Arg Con Foe Belg Pro Hol’ on the front means: New Silver Coin of the Belgium Federation (a.k.a. Republic of the Seven Provinces), province of Holland.
The 3d lion image on the back was also used on several Dutch coins and often came with the same motto. The motto ‘Concordia Res Parvae Crescunt’ on the back means: The little ones grow through unity. 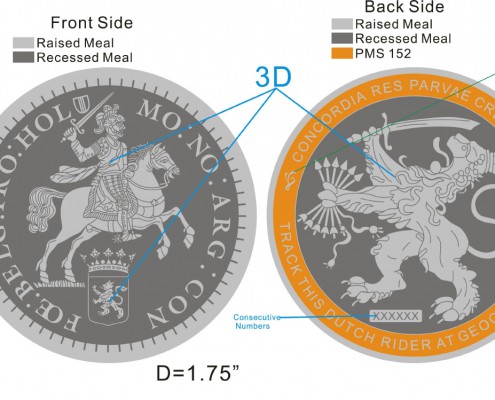 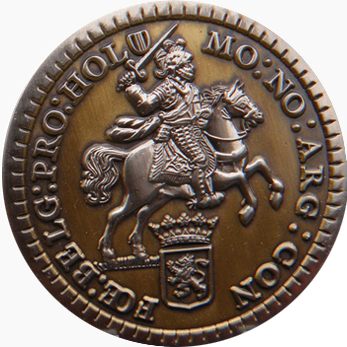 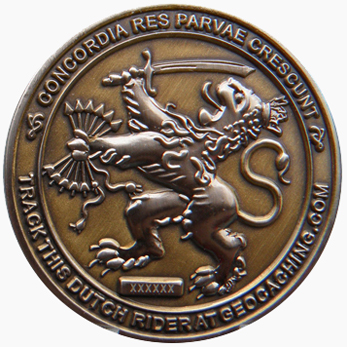