The text on the back of the coin is a verse out of the hymn of Groningen. The text: ‘Grünnen Stad en Ommelaand, pronkjewail in golden raand’ is dialect and translated: ‘Groningen City and Surrounding Area’s, jewel in a golden border’.
The year 1584 refers to the year of which the independency of the City of Groningen came to an end. Groningen chose to join forces with the Spanish during the Eighty Years’ War in 1594. The army of Maurits of Nassau, prince of Orange forced the city to change sides and the city and the surrounding lands were forced to join together. 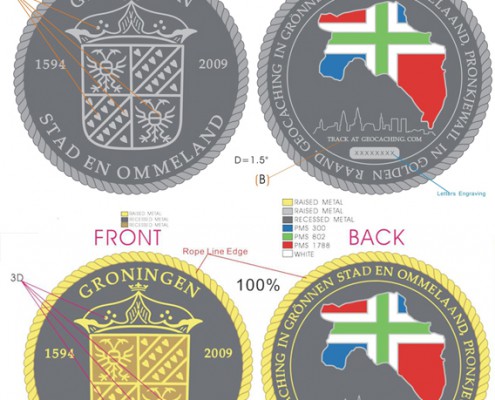 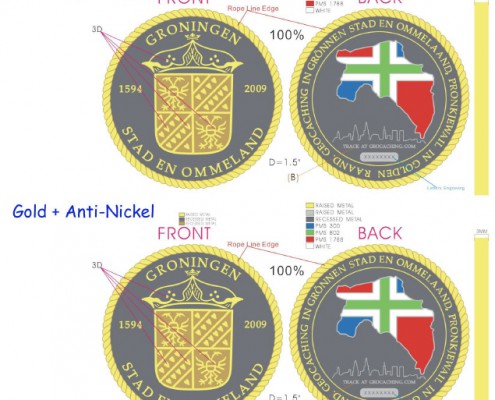 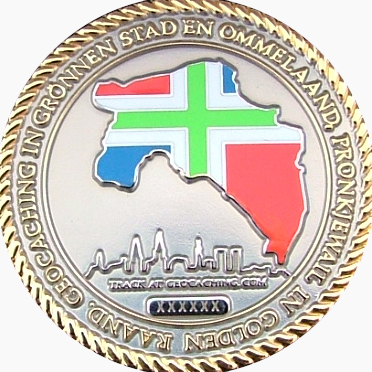 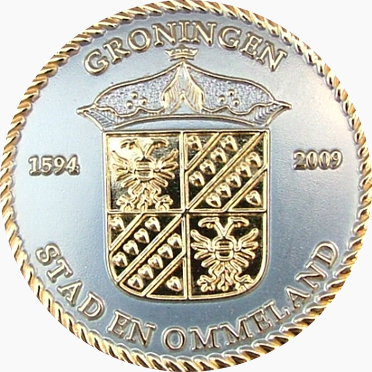 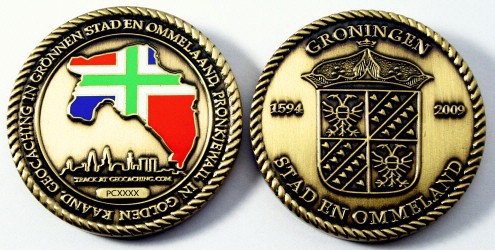 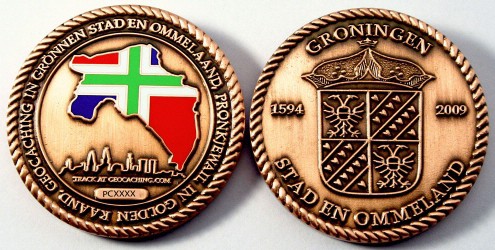 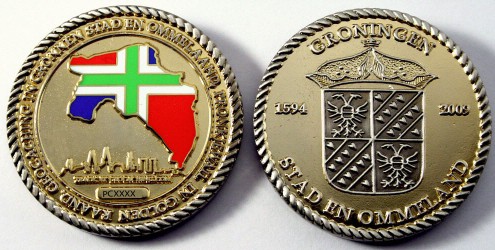