William of Orange (a.k.a. William the Silent) was born in the House of Nassau as a count of Nassau-Dillenburg. He became Prince of Orange in 1544 and is thereby the founder of the branch House of Orange-Nassau. He was the main leader of the Dutch revolt against the Spanish that set off the Eighty Years’ War and resulted in the formal independence of the United Provinces in 1648. In the Netherlands, he is also known as the Vader des Vaderlands, “Father of the Fatherland”, and the Dutch national anthem, Het Wilhelmus was written in his honor.

The front of this coin is a copy of the first Dutch coin which was minted in 1583. It shows the portrait of William of Orange and the motto Vigilate Deo Confidentes, which means ‘Guard, trusting in God’.
The backside of this coin has one of William most important statements written on it: “Ik kan niet goedkeuren dat vorsten over het geweten van hun onderdanen willen heersen en hun de vrijheid van geloof ontnemen” which translated means “I cannot approve that monarchs want to rule over the conscience of their people and take away their freedom of religion”. 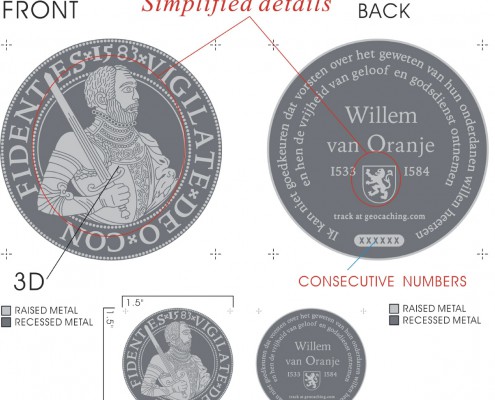 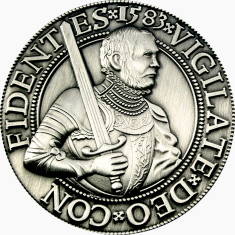 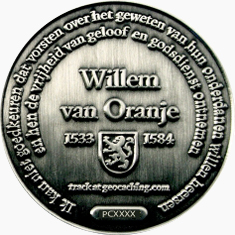 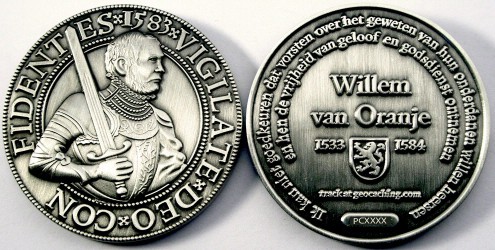 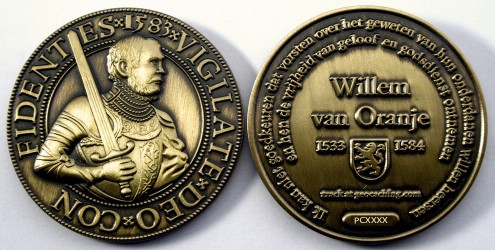 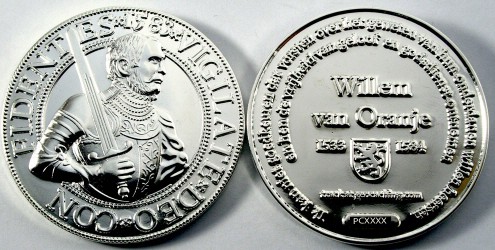 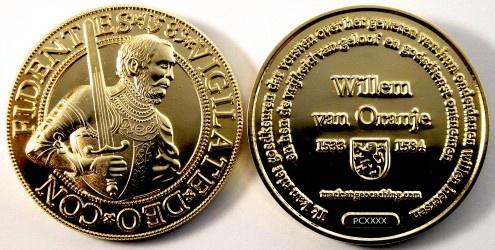 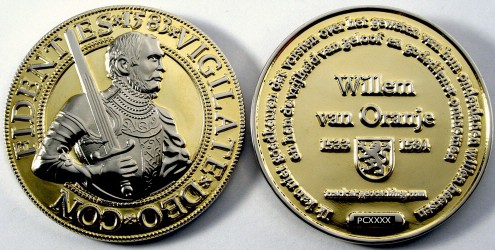