The Eighty Years’ War, or Dutch War of Independence, (1568–1648) began as a revolt of the Seventeen Provinces against Philip II of Spain, the sovereign of the Habsburg Netherlands.

After the initial stages Philip II deployed his armies and regained control over most of the rebelling provinces. However, under the leadership of the exiled William of Orange the northern provinces continued their resistance and managed to oust the Spanish armies, and established the republic of the Seven United Netherlands.

The subsequent war between the Spanish empire and the Republic continued, although the heartland of the Republic was no longer threatened. The war ended in 1648 with the Peace of Munster when the Dutch Republic was recognised as an independent country.

The front of this geocoin is made after a silver copy of a paper coin from the city of Leiden in 1574. This paper coin was made to finance the 80-year Dutch revolt against the Spanish occupier. Spanish troups besieged the city, but in 1574 the city was relieved by cutting the dikes thus enabling ships to carry provisions to the inhabitants of the flooded town. The coins shows a Dutch lion with on it’s lance a hat of freedom. The text ‘Haec libertatis ergo’ means ‘all the for the sake of freedom’. On the back of the coin the broken chain, dutch flag and the keys of the city of Leiden. 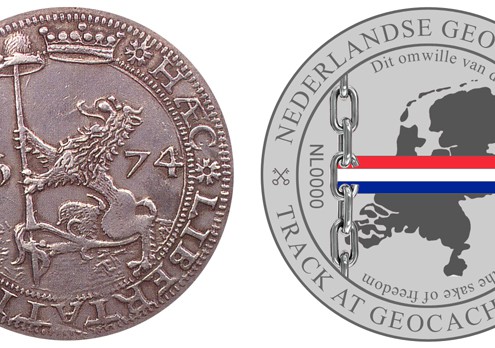 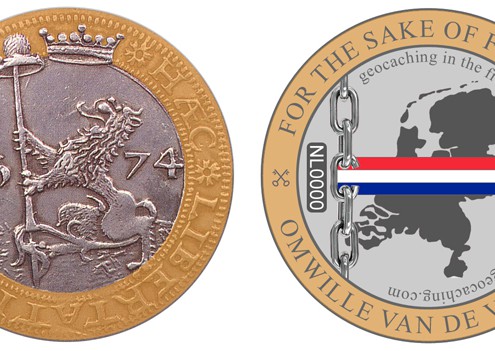 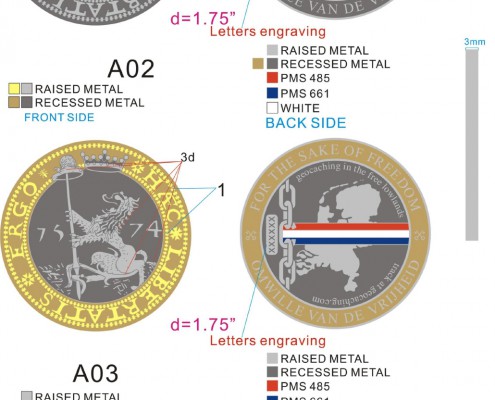 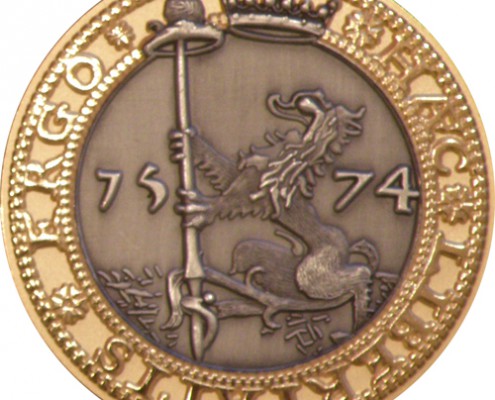 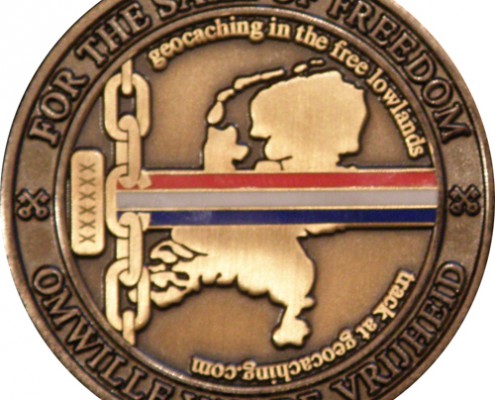 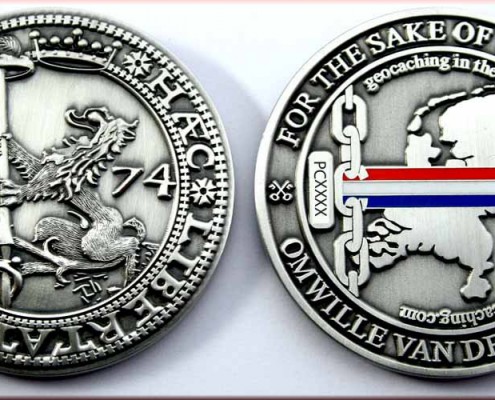 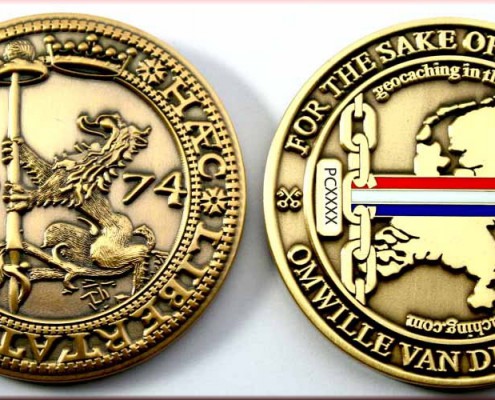 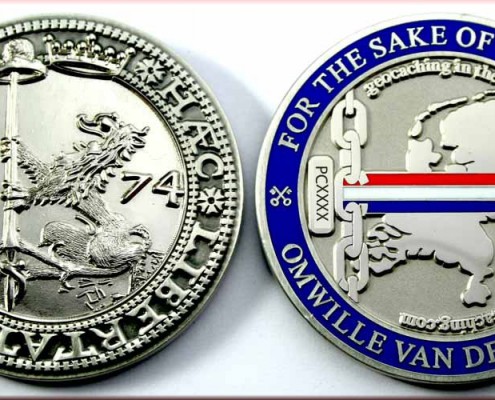 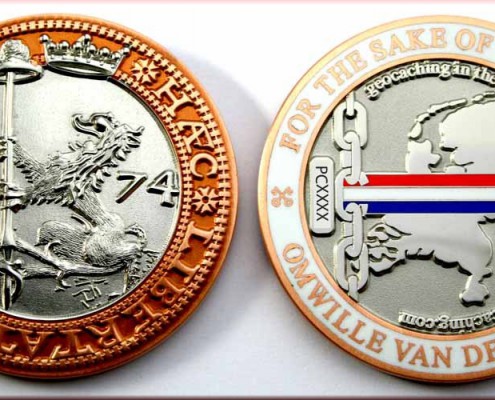 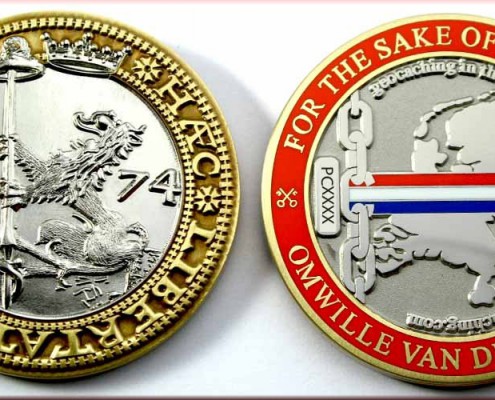