This geocoin is made in the remembrance of the Vereenigde Oostindische Compagny (Dutch East India Company). The VOC was a chartered company established in 1602, when the States-General of the Netherlands granted it a 21-year monopoly to carry out colonial activities in Asia. It was the first multinational corporation in the world and the first company to issue stock. It was also arguably the world’s first megacorporation, possessing quasi-governmental powers, including the ability to wage war, negotiate treaties, coin money, and establish colonies.

The Dutch East India Company remained an important trading concern for almost two centuries, paying an 18% annual dividend for almost 200 years. In its declining years in the late 18th century it was referred to as Vergaan Onder Corruptie (referring to the acronym VOC) which translates as ‘Perished By Corruption’. The VOC became bankrupt and was formally dissolved in 1800, its possessions and the debt being taken over by the government of the Dutch Batavian Republic. The VOC’s territories became the Dutch East Indies and were expanded over the course of the 19th century to include the whole of the Indonesian archipelago, and in the 20th century would form Indonesia.

The front of the coin is an exact copy of a medaillion that was given to Adriaan Bergsma in 1740 as commander of the returning fleet of the Vereenigde Oostindische Compagnie. The medaillion shows a VOC-ship with the text ‘Societas Indiae Foederat Provinciarum’ which means: East India Company of the United Provinces.
At the back of the coins the VOC logo can be found. 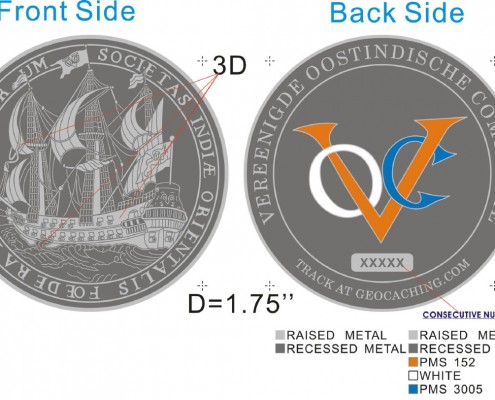 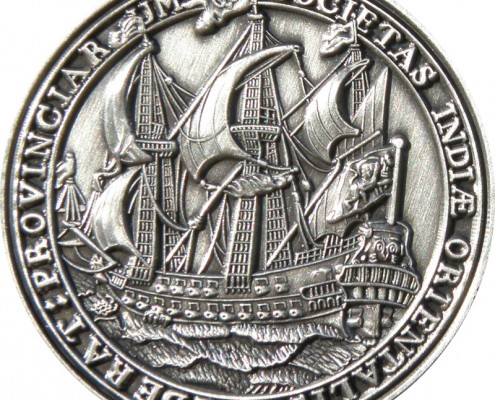 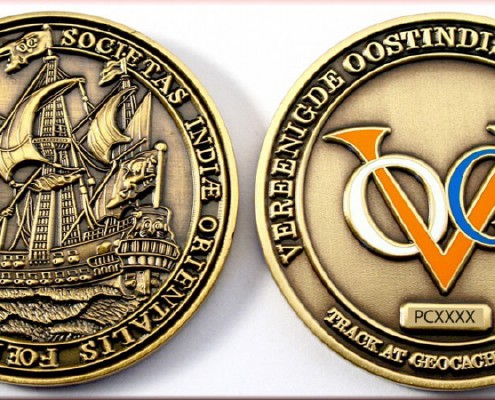 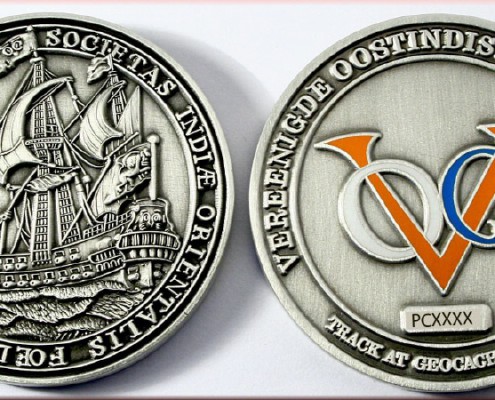 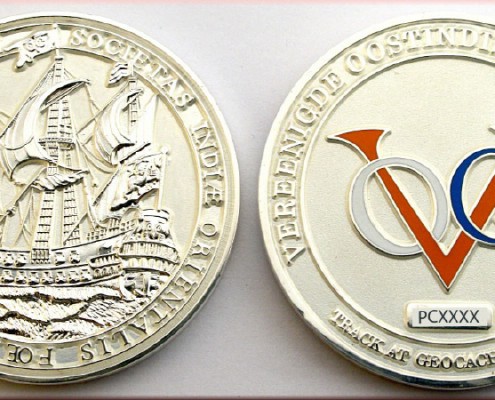 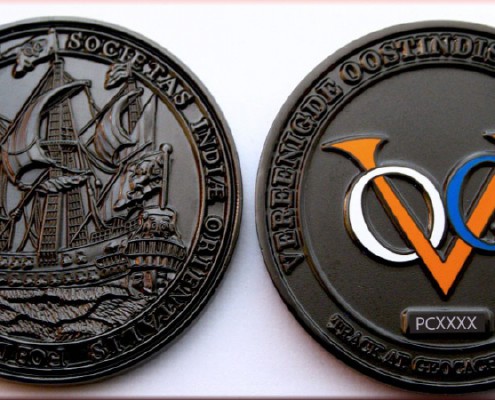 * The Sandblash Silver/Orange Glitter version had a major quality problem at delivery. There was a re-made, but the second delivery also had major quality issues. I have decided not to try again.